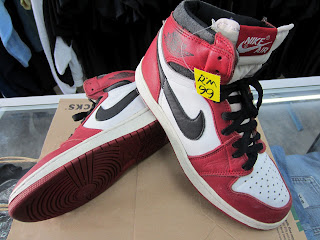 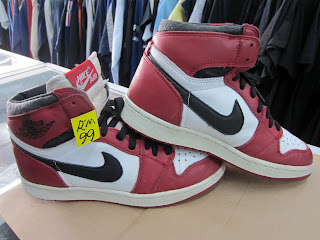 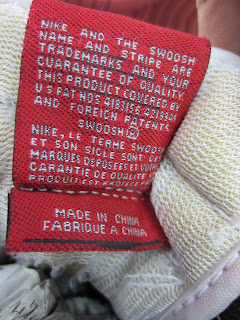 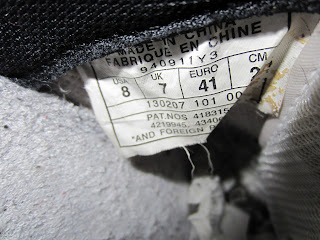 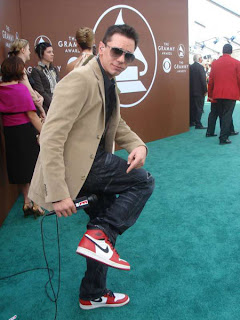 DJ AM : Adam Michael Goldstein (March 30, 1973 – August 28, 2009)
INFO :  Air Jordan 1 was designed by Peter Moore. The Air Jordan 1 was first released in 1985, in a red and black colorway to match the uniform of the Chicago Bulls, the team which Michael Jordan played for. This red and black color-way was later outlawed by NBA Commissioner David Stern for not having any white on them. Michael Jordan would wear the shoes anyway, and each time he stepped on the court with the Air Jordan 1 he would be fined five thousand dollars. Nike used this as a promotional tool in advertisements hinting that the shoes gave an unfair competitive advantage and that whomever wore them had a certain edginess associated with outlaw activities. Nike would later create a colorway with red, white, and black which would be worn by Jordan for most of the 1985 and 1986 seasons.
SIZE : 7
RM99(POSTAGE EXCLUDED) -SOLD-
Posted by Hofland Bundle at Sunday, September 23, 2012

Email ThisBlogThis!Share to TwitterShare to FacebookShare to Pinterest
Labels: SOLD 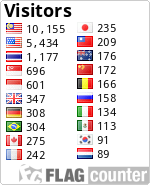